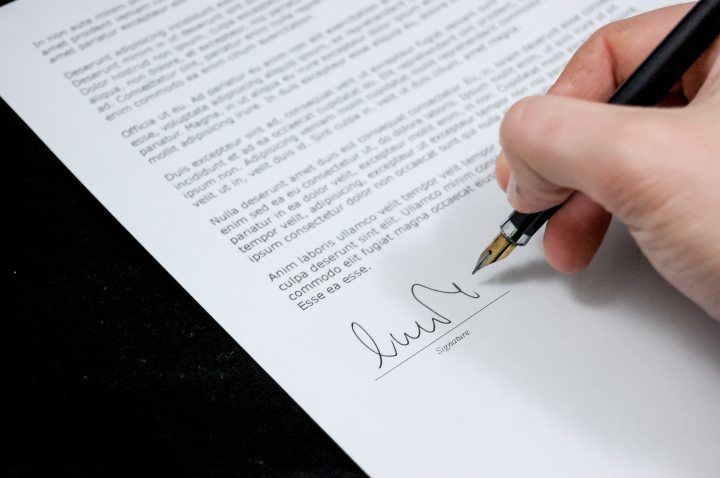 Samir reached for his phone just as he opened his eyes and checked the status of his last released book as was his habit. It was still first on the bestseller list even after all these weeks. He picked up the newspaper, an article on the lower right-hand corner read, “Health of the hugely successful and controversial writer Samir Shastri rapidly deteriorates.” Samir put the paper away and wondered how much of the book’s sales were due to his supposedly sudden demise. He had wanted to finish another book before his time was up, but he found the constant headaches made it difficult to write. He had known the devil had a good sense of irony but had not predicted that he would have a brain tumor because of it. Well, as far as cancers went it was a fast way to go. He looked around himself at the five-star hospital room where he had spent the past few weeks of his life, it wasn’t a bad way to go.

Samir was sure it would happen that day because the same day ten years ago he had signed the contract.

“You can show yourself now you old hag, we can have a chat before you cap me off…” Samir shouted to the empty room.

The window on the right of his hospital bed darkened. The darkness seemed to pulse and percolate into the room where it gathered itself just a few feet from Samir’s bed. The darkness grew until it seemed to feed on the light in the room. It condensed into large leathery wings, a face that had the large eyes of a fly and lion’s mouth and a snake’s tongue. Its body had four arms with long claws and the body ended in the tentacles of an octopus.

“You will show more respect when you talk to Beelzebub, Duke of hell.”

“Hey, there you are Beelzy, you old fucker. He wants respect it seems, and what you going to do if I don’t show any, kill me?” Samir laughed and began to cough.

“Kill you? Death is only the beginning, you cannot even imagine the things I will do to you, once I have your soul.” The snake tongue licked Beelzebub’s lion lips.

“Ooh, so dramatic. That’s what I always liked about you Beelzy, always so damn dramatic. I think we will have a jolly time in hell.” Samir said.

“Oh, I definitely will, always do.” Beelzebub said, “tell me Samir, was it worth it?”

“Oh let me see. I am the highest paid author in the world. All my novels are being made into major films or TV series. I have fucked more beautiful women than I can count. I have lived in the most beautiful places on earth and have written some of the most controversial books of all time. So, I would have to say, yes…it has been totally worth it.” Samir grinned at Beelzebub.

“We will see if you have the same opinion after you spend a year in my dukedom. I have the most sinister female demons in my service and definitely some of the most exotic and excruciating places in all of hell.” Beelzebub grinned back at Samir.

“Ooh, there is the dramatics again. Your place sounds like a great resort Beelzy but are you sure I am going there? I might have reservations elsewhere.” Samir looked disappointed.

“What is that supposed to mean?” Beelzebub s thousand eyes stared at Samir.

As if in answer, the hospital floor on the left of Smair began to glow with a sickly green light. It began to melt into a green puddle of what looked like vomit. And out this rose two pendulous slug-like eyes. The eyes were a part of a thin face that had a chameleon’s tongue stuffed inside it. The face ended in the body of a grasshopper with the legs of a pond skipper that helped the demon float on top of the green slime.

“Azazel what are you doing here?” Beelzebub snarled.

“I could ask the same of you Beelzebub,” Azazel said his slug eyes going up and down, “I am here to collect this man’s soul.”

“Don’t be ridiculous, Azazel, this man’s soul belongs to me” Beelzebub pulled out a contract from thin air and showed it to Azazel.

Azazel stared at it for a while, then he too pulled out a contract from thin air. Azazel held the contract to Samir’s eyes, “Is this your signature?”

Samir looked at it, “why yes it most certainly is my signature, Lord of hell.”

“What sort of a game are you playing you puny mortal?” Beelzebub growled.

“It appears he has signed two demon contracts,” Azazel said.

“Oopsies. My bad!” Samir placed a hand on his heart.

“That is against the rules.” Beelzebub hissed.

“Oh no. What are you going to do about it?” Samir raised an eye in mock concern.

The lords of hell each lay an appendage on Samir, then they stared at each other.

“I signed the contract before you Azazel, the soul should belong to me?” Beelzebub said.

“I am your senior Beelzebub, you should give me the soul out of sheer respect,” Azazel said.

The air grew charged and began to sizzle. Spark began to fly over Samir’s bed.

“Whoa, whoa, easy now. We don’t want two dukes of hell fighting over one measly mortal soul now do we?”

Both the demons looked at him.

“The mortal is right, I mean no disrespect to you Azazel.”

“Yes, let us not fight with each other. We will drag his soul to the damned tribunal. They shall decide whom his soul belongs to.” Azazel grinned.

“Agreed” Beelzebub grinned back, “ and until he is judged he can loiter around in limbo. Let’s see how you like limbo, you pesky devil.” Beelzebub whispered his tongue almost touching Samir’s cheek.

“Ok, first of all, thank you for calling me a devil, means a lot coming from you. And secondly, are you sure my soul is coming with you?” Samir shrugged at both of them.

“Now what?” Both Beelzebub and Azazel said.

Samir looked straight ahead of his bed. A bright white light appeared on the ceiling. It bathed the whole room in its warm transplendent glow. The light grew to become a tunnel and a golden staircase descended from it. An angelic being with large white wings like that of a dove descended the stairs. The being seemed to be made purely of light and his smile made a pure bliss blossom in Samir’s heart.

“Samir, I am the angel Michael, I will be your guide to heaven, please follow me.”

Samir could hear the angelic music from heaven, he could feel himself being lifted away on what felt like a cloud of joy.

Samir was dropped back into his body and the music stopped.

Michael noticed the demons and the light seemed to flicker in his face, “what are you guys doing here?”

“We have both laid claim to this man’s soul. This man has sold his soul to hell. Heaven has no business here.” Azazel said.

“Silence.” Michael said and the room was flooded with light, which dimmed after a second, “This man has donated all his organs. Several people will get a second chance at life because of him. That is a good deed worthy of heaven.”

“And he has sold his soul to two demons for some fame and fortune. Is this the kind of soul you really want in heaven? Not a good example, is he?” Beelzebub said.

The angel and the demons stared at each other and then at Samir. The stares seemed to push Samir deeper into his bed.

“we seem to have a cosmic Mexican standoff.’ Samir laughed, “ what you guys gonna do now?”

“This is a messy affair,” Michael said.

“Yes, it is slimy even to my touch,” Beelzebub said.

“This mortal, he will cause more trouble. I am sure of it.” Azazel said.

“Let us revisit the situation in another decade?” Michael said.

“Yes, he might still make some mistake and solve this riddle for us,” Beelzebub said.

“We will watch your every move, mortal,” Azazel said.

Samir could feel the tumor evaporate from his head. The room was back to normal. Samir laughed as he realized what he had pulled off.

“Take that you suckers.” Samir held out a middle finger to both heaven and hell as he walked out of the hospital room.