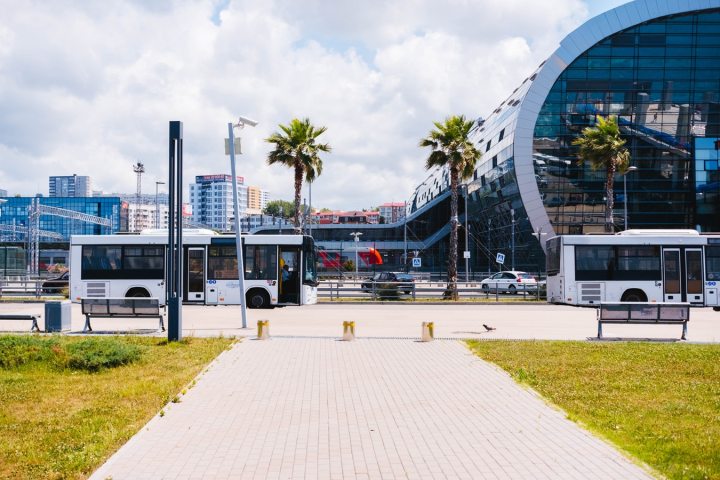 I yawned at the arrival terminal of the international airport, trying to open my mouth as wide as the gates. It was a Sunday morning and I was at the airport to receive Ria aunty. There should be a law about not allowing relatives to travel on Sundays. I made a mental note to start an online petition for a such a law. I half-heartedly held up the homemade sign that read “Ria aunty” in glaring pink letters, that my sister had made. You see, I hadn’t met Ria aunty. Of course, my mother said I had, at a wedding when I was five. But, I don’t remember it, the most I can recall is a silk saree clad wall of fat lumbering over to pull my cheeks until they turned red and tousle my hair. There might have been a bear hug that engulfed me in a cloud of cheap perfume and almost made me faint. I decided I had repressed the memory on purpose and didn’t dwell on it further.

The flight was announced and there was the usual flurry of people exiting the airport, but there was no sign of Ria aunty. As the last people from the plane left I felt my heart lighten. Maybe Ria aunty had suffered a heart attack, ok that was harsh, maybe she had just fractured her hip, whatever the reason was she was not here and that meant one less thing to take care of for the occasion. I turned around to leave when I heard the slow creaking of a wheelchair. Two of the airport staff emerged, one pushing a mound of luggage and the other pushing a figure in a wheelchair. I bit my tongue as I realised the figure in the wheelchair was Ria aunty. She was well dressed but looked pale almost like a wax statue. I felt sad for having thought so ill of her. I promised myself to strive to be a better person. I walked towards Ria aunty.

Ria aunty lifted her head and looked at me, “Are you Laxmi’s son?” She asked in a weak voice. I nodded my head. In an instant she bolted out of the wheelchair, “I hope you came in a car, that is my luggage…be a dear and put it in the car…” she said fanning herself. The airport staff and I stood in shock at her sudden transformation. “What?” She said surprised, “I always do that, otherwise, it is such a hassle to get out of the plane.” She gave me an informed smile. I could feel the airport staff scowling at us as they muttered and left.

Ria aunty was suddenly a transformed woman, her face glowed like a death mask with layers of makeup that were caked on it like a drywall. Her lips were painted with a shade of red that had gone extinct with the Egyptian civilisation. Her sequinned silk saree shimmered with each move, making her appear like a disco ball that was escaped the ceiling and was running towards the exit. And there was that smell, I had struggled so hard to repress, the smell of cheap perfume that made me feel like a five-year-old again and I instinctively guarded my cheeks.

As I struggled to assemble all of her luggage into my car, Ria aunty stood on the curb, instructing me and fanning herself with her saree, “I can see why you people would believe in global warming…all this heat will make you think so…” I gave her a stare while trying to lift a bag I was convinced was filled with cannonballs, she failed to notice it and continued, “But let me tell you it’s just fake news. You should have seen the kind of winter we had in America this year, and you will realise all this global warming is just leftist propaganda. It’s​ all of our sins I tell you… every day we stray further from God.” I rolled my eyes as I loaded the last bag and wondered if God was straying away from us because of Ria auntie’s cheap perfume.

After the few minutes that Ria aunty took to strap herself into the seat belt, we were on our way.

“So, your younger sister is getting married before you, huh.? How does that make you feel?” Ria aunty asked innocently while touching up her makeup in the rearview mirror.

A car overtook me from the wrong side, I cursed at the car, “that’s people for you always going where they shouldn’t.” I said looking at Ria aunty.

“You are damn right!” she said, ignoring my comment, “so why aren’t you married? You are good looking, not as handsome as Shweta’s son, but you will do. And you earn well too, not as much as Preeti’s son, but enough to get by. Makes me wonder what is wrong, you know…you are not getting any younger.” She looked at me earnestly. I gave her a tight smile.

“I hope it is nothing scandalous…” she placed a hand on my shoulder, “you know that your cousin eloped right! Oh god, I know Laxmi would not be able to take anything like that, she is a delicate one, your mother is…”

I simply nodded, if Ria aunty considered what my cousin had done scandalous, she had no need to know of my affairs.

“So, is your sister getting married to the same guy she was seeing in college?” Ria aunty said in an innocent voice.

I braked hard as a bicycle strayed in front of the car. How did Ria aunty know about that?

“No, aunty this is a different guy…” I said in a tight voice.

“Oh, I wonder what happened to the earlier one…”

I didn’t say anything.

Ria aunty sighed. She seemed to become smaller somehow. “I know what you are thinking. Ria aunty the gossip monger. I know my reputation. I know what people say about me. It’s no wonder you don’t want to talk to me. But tell me this…where did you hear about me, through gossip right? That is the biggest irony of my life. I do ask a lot of questions. But that is only because I care. You see under all of this glamour,” my car threatened to swerve off the road at this, “under all this charm, I am just a lonely old woman who is afraid to speak her mind because of what people would say. And I remember being a lonely young woman afraid to speak her mind. We old people forget how lonely it can be to be young. We can speak to each other. But who do you youngsters speak to? And so I try to talk to you guys, let you know there is someone you can confide in even if she is just an old flashy woman… you may not believe this, but you can talk to me…anytime.” there was a wetness to her eyes and she laid a hand on my shoulder.

I gulped hard…and looked at Ria aunty. Maybe she was a misunderstood character. Maybe she was just concerned and had garnered a bad reputation. My heart bled for her and I suddenly wanted to hug her despite her perfume.

I opened up to her a little. I told her about my sister’s earlier relationship and how it had ended badly. How she had struggled with it and had finally managed to find her new love. She was finally happy but only we knew the cost of her happiness. Ria aunty was the perfect listener, she said all the right things and made all the right noises. I wanted to confide in her about my complicated situation too. She was right, I had no one to talk to about it. But we had almost reached home. I decided I would confide in her later. She looked at me as the car stopped, “remember, I am always here for you, you can always talk to me.” I unloaded her luggage easily my heart lighter that Ria aunty was here.

In the evening as the Sangeet function was going on, I could see Ria aunty standing in a corner all alone and staring into the night. The poor woman was truly alone. I decided to give her company. I took one of the mocktails and walked around looking for Ria aunty. But she was nowhere to be seen. I searched around until I found her in the centre of a gaggle of ladies, I walked towards her, “do you know this is not the bride first relationship…” and I stared as she continued to sensationalise the account I had given her earlier. She glowed again like a plastic disco ball. I had to constrain myself from throwing the mocktails glass at her. I spat in it instead and gave it to her and said, “we are so glad you could make it Ria aunty!”