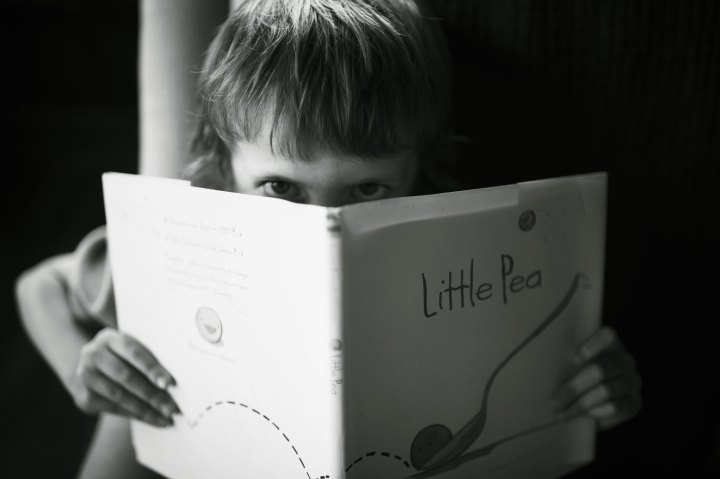 “No, no, no…” Kavita screamed as she opened her eyes and planted her legs on the floor with force. He feet were glad to touch the threadbare living room carpet. She could feel her fingernails digging into the varnish of the sofa. She looked at the balcony, not that she wanted to. Her neck just seemed to turn on its own. The balcony was empty. An angry orange sun was setting below the railing of the balcony. She forced herself to look away. To look at her son.

Her five-year-old son was staring at her with wide eyes. His lips were puckered up, his chin ready to quiver. He was leaning against the coffee table to support himself.

Kavita’s hand trembled as it rose towards him, “I am just afraid for him…” she told herself. She pulled Ravi into an embrace. “Did I scare you? I am sorry…” she whispered as she kissed his forehead, “Don’t be afraid.” She was not sure to whom she said that.

“The police inspector is at the door…” Ravi said in a small voice.

Kavita felt herself stiffen. She took a deep breath.

They will never find out. She told herself.

“Now if the good inspector asks you…what will you say you were doing yesterday?” She made her voice as steady as she could.

“I was in my room doing my homework,” Ravi said in his reciting voice.

“Good boy. That is all you need to say to them, ok…” Ravi nodded, “But mom, I also played hide and seek yesterday evening” Ravi looked at her with large wide eyes.

Kavita shivered, she should let him talk to them, he will be fine she thought. No, she shook her head, there is no need for him to talk to the police, “But you play hide and seek every day, don’t you? So it will not be of any use to the police, ok, sweetie. Now go to your room and do your homework, ok.” Ravi went to his room. Kavita wondered how much Ravi really knew, how much he really understood as she walked to the door.

The inspector gave her a kind smile and took off his cap as he entered the house. She led him into the living room. The inspector looked at the balcony for a moment before sitting down on the sofa. Kavita got him a glass of water.

Kavita had made sure to wear one of her narrow sarees and she made no effort to conceal the many welts and bruises on her arms of her torso.

“Can you please tell me what happened yesterday evening?” the inspector took a sip of the water.

Kavita looked at the watch on the wall above the inspector’s head. It would be 24 hours soon, and she had already told the story so often that it had begun to seem like a fantasy.

“Well, yesterday evening around 8:30, he…my husband came back home, drunk as usual…” she gulped hard, the story was true…almost all of it, that is what made it difficult to narrate.

“Mom…can I go play hide and seek..?” Ravi’s small voice asked from behind her chair.

She turned around to look at him. She could hear the voices of the neighbourhood kids as they played hide and seek below, “Tag, you’re it!” One of the kids shouted. Kavita suppresses a shiver that ran down her spine.

She pulled Ravi close to her, “now I already told you this, didn’t I? You cannot go out for a few days. Ok, sweetie.”

Ravi blew up his cheeks and looked at his feet.

“Ok, if you finish your homework, I will let you watch cartoons for an hour..ok…” Ravi looked up at her and smiled.

“What were you doing yesterday evening, son?….” the police inspector asked. Kavita glared at him.

“I was in my room doing homework.” Ravi recited to him.

“And you didn’t see anything…happen…?”

“Please…he is a child…” Kavita implored.

Ravi ran a finger over a scar on Kavita’s forearm “Daddy did this to mommy. They would play a game and daddy would always win. He would shout loudly to celebrate. Mommy was not good at this game.”

“No sweetie, mom was never good at it…” Kavita said and gestured Ravi to return to his room.

Then she turned to the inspector, with a look of indignation trying hard not to overdo it.

The inspector shifted in his seat, “well, we found alcohol in your husband’s bloodstream. It was very high. Definitely high enough to cause loss of balance. And your neighbours corroborate what you mentioned,” he looked at one of her scars. “It looks like a straightforward case. I am sorry we had to bother you so much, I hope you understand I am just doing my duty here. I will finish the paperwork tonight. You will have to come and sign it tomorrow morning. Then you can collect the body.”

Kavita nodded. The inspector stood up and put on his cap, “I am very sorry for your loss” there was more than a tinge of sympathy in that voice, Kavita thought she heard relief.

She closed the door behind the officer and sighed in relief. It was over she told herself. It was really over. She began to shake with sobs. She stuffed a fist into her mouth so as to not make a sound that Ravi would hear. It had become a habit. She walked to the edge of the living room and stood at the threshold of the balcony. It was around this time yesterday that it had happened. She couldn’t control her sobs, he was standing just a few feet away from where she was. She could still remember the fire his palm had ignited on her cheek, the pain his punches had showered on her stomach. Then he had come to the balcony to get a smoke. Kavita let the sobs escape her…she cried into the night.

Kavita whirled around and held her hands before her as if meaning to ward him away.

“Mom…” Ravi said staring at her hands. Kavita broke down and slid to the floor, she looked back at the balcony, she was far away from the railing. She called Ravi to come to her arms, Ravi hesitated, then ran into her arms.

They both cried on the threshold of the balcony.

“I know sweetie, I know. I did win. We did win.” Ravi cried harder in her embrace.

“We won…” she whispered to her son

Photo by frank mckenna on Unsplash