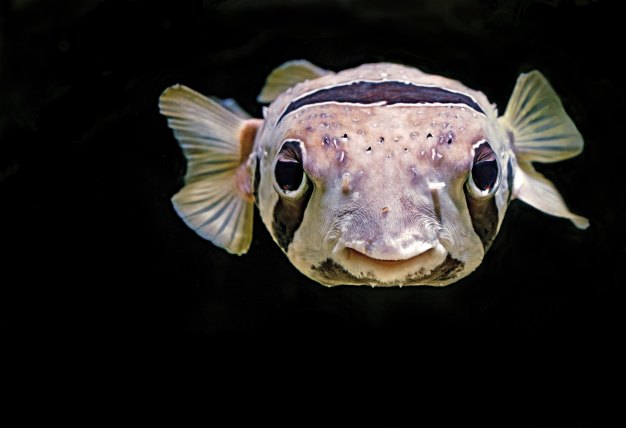 The sun dragged itself lazily over the horizon. The ocean seemed to yawn as a large wave crashed loudly on the beach. The wave receded into the ocean to reveal a small fish, it pulled itself on the sand with the help of two fins. It opened its mouth wide as if gasping for air and finding that it burned its gills. It looked around itself with large wet eyes.

There was a long low noise that sounded like the electric farts of a artificial intelligence that couldn’t digest its own thoughts. A large rip appeared in the air of the beach, and when it was large enough several hooded figures stepped out of the rip. These figures wore long robes that covered their whole bodies and hoods that covered most of their faces, around their necks were chains from which hung insignia of their religions and they chanted in a low rumbling voice.

After the hooded figures a chair emerged from the rip, it floated effortlessly in the air and seated on it was a man in a black flowing robe. He was bald and dark-skinned, his eyes were bloodshot, his brows furrowed and he looked like he was about to yawn. Behind the flying chair, a head poked out of the rip, it had curly hair and eyes that looked magnified behind glasses with lenses that belonged on a microscope. The head looked all around itself, sniffed the air took a gingerly step out of the rip and finally stepped out. He was wearing a white label coat and carried a flat device that he constantly checked.

“There it is…” one of the hooded figures shouted pointing at the fish.

Everyone stared at the fish, the fish took a step back into the ocean.

“Indeed…” said the scientist, almost to himself and took a step closer to the fish, he adjusted his glasses to zoom onto the fish, “fascinating…” he clapped his hands.

“Your honour…this is the fish that we intend to destroy…” one of the hooded figures said.

The judge squinted at the fish hard, he sat back in his chair and yawned, “ tell me again….why do you want to destroy it…”

The hooded figures huddled closer to each other and whispered, then one of them said, “this fish is what led to evolution…”

“Aha, so you do believe in evolution…” the scientist scribbled on his device still studying the fish.

The hooded figures whispered among themselves, “what we meant, of course, was that this fish led to the development of the stupid idea of evolution. And we firmly believe that it is against our religious beliefs. Hence we would like to destroy it…”

The judge had almost closed his eyes but snapped them open again, “wait a minute, you will destroy this fish because it is against your religious beliefs? I cannot allow that…”

The hooded figures huddled again, “what we meant to say of course was that we would like to destroy the idea of evolution, which is quite clearly holding back the spiritual awakening of our civilization. Destroying this fish will help us prove that the idea of evolution is pointless.”

The judge’s eyelids drooped again, “when you put it like that…I can consider it…”

“Of course not your honour…” the scientist stood up and looked at the judge, “we cannot allow that…” he looked back at the fish, “what we are looking at is the ancestor of us all. This fish gave rise to all life on land. We cannot destroy it or else we will destroy humanity and life as we know it.”

The hooded figures began to bristle, “I find this highly offensive.” One of the hoods shook violently.

“This is a hate crime, the scientist must be punished for it” another hood shouted.

“We were not born from a fish. We were created by a loving God” another hood spat out.

They whispered to each other again and one of the hoods stepped towards the judge, “your honour, this is the very point we are trying to make. We firmly believe that destroying this fish will not make any difference to human life whatsoever. When we destroy it and return back to our own time we will be happy to return to our families and have a blessed meal knowing that God made us who we are. And these scientists will be silenced once and for all about evolution. You have to allow us to destroy this fish. We claim it as our religious right and our spiritual duty.” The hoods all murmured loudly.

The judge rubbed his eyes, “ok, so if we do this and return back to our time…that will be it. You will look at the result and believe them. There will be no further debate on this issue?”

The hoods huddled for a long time, they turned to the judge and in unison said, “yes, your honour.”

The scientist stepped in front of the fish as if to protect it, “but we cannot allow that, your honour. Evolution is a fact. There are literally tons of data to prove it. Destroying this fish can change the course of all history as we know. We are not sure if we can reverse the effects. We would lose everything just to protect some crackpot sentiments. You cannot allow this, your honour, for the sake of all humanity. We will destroy all our ancestors, us and all of our children. You cannot allow this..”

The judge rubbed his eyes and massaged his back, “curse the guy who invented time loop judiciary. Look I know what you are saying. But how long have we been debating this case?”

The scientist looked at his device, “over two and a half years now…”

The judge sighed, “see and I know in the real world it has only been a minute, but in here it feels like an eternity. So you know what, if they want to destroy the first of all of our ancestors, so be it. If the world was created by some intelligent God who wants you not to wank then so be it. Either way, I am tired of this whole mess. What is the worst that would happen? We will destroy the world and all of humanity? At this point, it doesn’t sound like a loss at all. I will allow it.” The judge nodded and there was a clear sound like an invisible gavel had been hit.

The scientist shook his head but stepped away from the fish.

One of the hooded figures pulled out what looked like a metal stick and pointed it at the fish. There was a thin arc of electricity and the air was filled with the smell of fried fish. The fish gasped one last time and fell to its side.

“Ok, now that is done. Let us return to our own time. And remember, whatever we see that is the final verdict.”

The all stepped back into the rip and returned to their own time.

The stepped back into their world, but instead of a court building, they stepped into a great forest. The hooded figures, judge and scientist looked around themselves.

The scientist began to tap vigorously on his device.

“There is no sign of human life anywhere on the earth. Take that you morons…” he punched the air in glee, “I just hope this is reversible.”

“So there is no life? How can this be?” One of the hooded figures said.

“Why has god forsaken us? Why has be not made man?”

“Actually it is not true that there is no life. Sensors indicate that the forests are full of large octopus-like creatures and they have huge settlements. In fact, there are large cities under the oceans with advanced technologies. It seems the octopuses evolved in this timeline, and have become the dominant species on the planet. This is great, this proves evolution again.” The scientist said.

“But there are no humans. This is no good. What do a few octopuses prove? Nothing.” One of the hooded figures said.

“Why has God done this? He must be angry with us?”

“The octopuses are trying to contact us. They want to meet us.”

“We have got bigger problems than talking to some octopuses. We have to figure out why God is angry at us.” One of the hooded figures spat angrily.

“Seriously?” the scientist squinted at them.

The hooded figures broke into a frenzy and chanted their scripture and shouted at each other. This went on for a while. The judge dozed in his seat. The scientist tapped at his device.

Finally one of the hooded figures shouted, “my dear brothers and sisters. Of course, God is angry at us…”

This seemed to calm the hooded figures, they all gathered around this figure, “we have committed a sin. We have asked our Lord to create his creation on the foundation of a murder. We murdered that cold-blooded fish in cold blood. Of course, our loving God is angry. He will not create his creation from murder. The fact that humans don’t exist proves that God made us in love. We were just too blind to see it. In trying to prove the scientists wrong we have forgotten our God’s love. We have sinned. We need to repent.”

The figures all shook their hoods and agreed with each other. They turned back to the judge.

The judge sighed “whatever…” he clicked a few buttons on his chair and the rip reappeared.

The returned to the beach just back to the exact moment. The figures approached the fish, it took a few steps back into the ocean, “Live little fish, in the love and mercy of our Lord, live.” The fish gawked at them and gasped.

Everyone returned back to their own time. They stepped back into the courtroom.

“It is a miracle, our Lord has returned humanity to us. His love is infinite. This proves we were created by a loving God. Praise be.” The all hugged each other and cried.

“Really? Even I could not have designed a better experiment to prove evolution. How can you still claim we were made by a God?”

“That does it…I have wasted enough time on this case. I am throwing all of you and this case out of my courtroom. The decision is…I don’t care. Just get out” The judge’s gavel made a sharp sound and everyone was thrown out of the courtroom.

Photo by David Clode on Unsplash